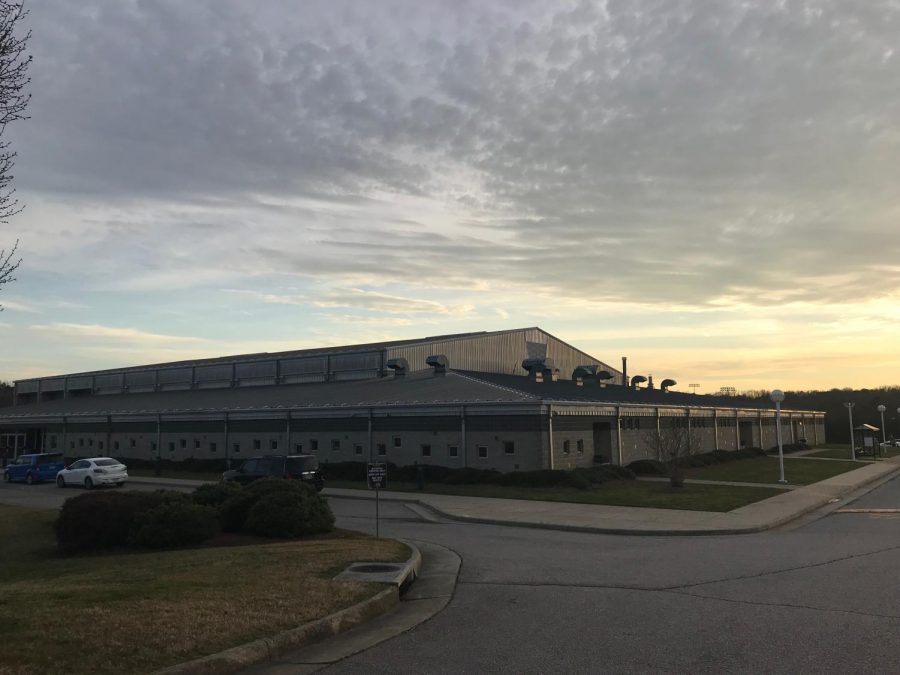 Since 1998, the Grant Center has been home to Averett Athletics. In only 20 years, it has nearly been outgrown by the program.

When the Grant Center was completed in the fall of 1998, the thought of out growing the 55,863 square-foot facility may have been unfathomable. It has taken 20 years for exactly that to happen.

The Grant Center, and North Campus as a whole, have been a welcoming home to Averett athletics and its athletes. However, the athletics program is growing faster than ever before. With the recent additions of men’s wrestling, and men’s and women’s lacrosse, the Averett athletics family is the largest it has ever been.

“If we have not outgrown North yet, we are definitely in the process of out growing it, which is a great problem to have,” senior golfer Ben Potter said.

While the addition of new programs is nothing short of welcome, it does come with its share of growing pains on the North Campus.

The Grant Center has a listed 12 “locker areas,” along with the locker room in the field house. It has not been an uncommon practice for teams to share and trade locker rooms based on the season.  An often talked about way to alleviate this issue, is by creating more locker rooms and creating team specific locker rooms closer to their fields.

“Locker rooms near the baseball and softball fields would be welcome,” senior baseball player Matt Tuggle said. “With the large number of athletes on our roster, the locker room in North has become crowded and cluttered.”

In addition to locker rooms for baseball and softball, an expansion to the field house is also a topic of discussion among athletes. By creating locker rooms for the soccer and lacrosse programs closer to the fields they play on, it could free up space in the Grant Center for other teams.

Perhaps the most obvious addition needed on the North Campus is to finally bring the tennis program onto its grounds. For the duration of the program’s history, it has called Main Campus its home. To finally have all of Averett’s teams on the North Campus would be a worthy endeavor.

Senior tennis player Heidi Sarkkinen is certainly in favor of a new facility.

“We have been on Main Campus. We haven’t had any locker rooms or restrooms,” she said.

She believes that the new facility would benefit from multiple courts, locker rooms, seating, and lighting for night matches.

“The North Campus adds a lot of value for student-athletes,” Sarkkinen said. “It is a good place for every athlete and sports majors, and it is nice to have all the sports under one roof.”

There is no debating that the North Campus, in its current state, is an asset to Averett and the surrounding community.

“I believe North Campus gets the community involved more because people look forward to coming to athletic events, and getting to look into our world as athletes,” junior basketball player Rayvn Johnson said.

Averett athletics is, without a doubt, at a high point in the schools illustrious history. It is an exciting time to be a part of the Averett athletics family, and it will be interesting to see what the future holds in response to its rapid growth.