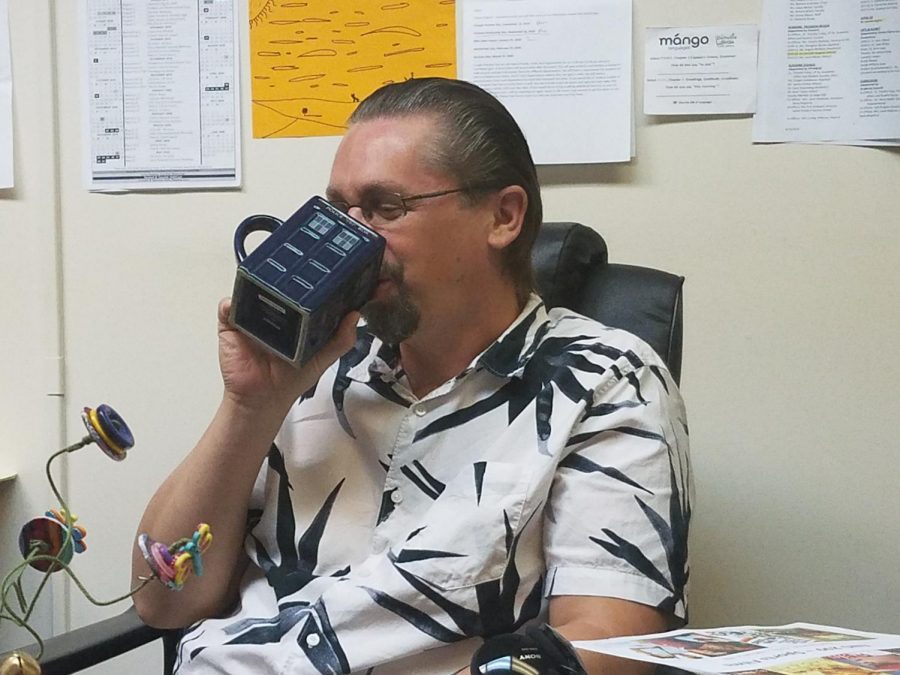 Jeremy Groskopf, instructor of communication studies/journalism, teaches classes that can seem very different from “normal” classes. He teaches classes like Television Studies Through Doctor Who, Science Fiction Cinema, a Disney class, a video game class, and even a sports film class that will be taught in the Spring. These classes can be more fun and interesting than many traditional classes.

“Mostly I teach popular culture because it’s something that is simultaneously easy for students to get into and yet can get really rigorous. I can get to all the topics that I would get to in any other class, in a much more theoretical class, but without feeling like I am forcing them to do it,” Groskopf said. “One of the really nice things about teaching something like video games is that 90% of the class will do the homework happily, so you wind up trading off a little bit of the high culture and high theory for a significantly easier entry, and it’s also just fun.”

The classes can seem fun on the surface, but many different topics are covered in these classes that are explored through the medium of the class like science fiction or video games.

“In a lot of cases I think, the Doctor Who class being a good example, I manage to use a topic that they generally like and want to talk about to teach things that I think they ought to know about,”Groskopf said. “So we wound up in that particular class doing a lot of stealth education about what television is like and how it’s produced and why in various ways and in various countries, so there was actually a really strong grounding in TV, as a form and specifically as a national form, that manners to come out when it looked like all we were doing was talking about goofy Sci-fi stories on TV, and the same thing with the Science Fiction class. You get a real grounding in film style and its ability to make points and arguments and all of that, but at the same time you’re mostly talking about aliens and spaceships, so it really feels like it lowers the stakes and allows me to teach all of these things without feeling like I am teaching them.”

These classes are similar to English classes. They involve a lot of analysis of the medium.

“Most of the time I am doing the same thing you would do in an English class,” Groskopf said. “We are doing close interpretation of film and television instead of a book, and then at the same time we are usually throwing in a little bit of context at it, like very brief histories of certain countries and where their programming comes from and why, and at times just straight up formalism. We just talk about why things are made and why we do things the way that we do at all and how it is even possible for a film to make sense. Mostly it’s a lot of watching, writing, and talking so that we can really dig into something below the surface level where most people understand things.”

Time is spent watching movies or episodes of a TV show in this class, but it is much more than watching media and liking or disliking it.

“It’s probably wise to make sure that it is clear that just because we are watching movies doesn’t mean we are watching movies all day,” Groskopf said. “Just because you are taking a class on Doctor Who doesn’t mean I’m just sitting there eating popcorn while you’re sitting there watching Doctor Who, which I am, but that’s not all I’m doing. It’s important to note that these things are classes in the traditional sense as well. They’re just much more appealing on the surface.”

“There is something about that that I find really liberating, the notion that academia does not have to be separated from pleasure, and it doesn’t have to be separated from what you like, and in fact what you like is usually the best avenue for understanding things better,” Groskopf said. “You figure out how what you like connects to stuff you don’t already know and you can really become much  more well rounded and worldly as a result. I want to bring people in and let them talk about what they want to talk about and not crush the life out of it, just make sure that they’re aware that you can do so much more with it than just like it.”